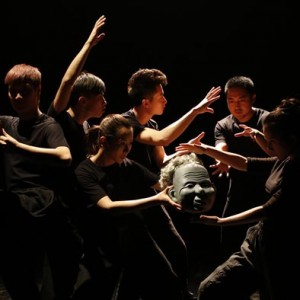 The ancient Chinese game of passing the flower leads to the telling of nine surreal tales which each reflect a moment in which people get lost within their own lives, for reasons such as jealousy, rage, death, despair or simply the inevitability of fate. Told without words, but purely by movement, dance and ritual masks, each story is shadowed by traditional Oriental culture but with a modern twist. They also contain elements of the Western Christian concept of the Seven Deadly Sins, interpreted from an Eastern perspective.