Joaquim Benite's Last Theatre Production - It's not enough to say "No" 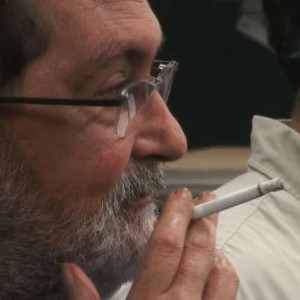 For 50 years acclaimed Portuguese theatre director Joaquim Benite showed that it is possible to fill venues outside Lisbon. One day illness caught up with him. In September 2012, he called the actors for what would be his last production, William Shakespeare’s Timon of Athens. He died 16 days before the premiere. Catarina Neves’s award-winning film follows the last battle of an extraordinary man of theatre.

Following the screening there will be an audience discussion with the documentary maker, leading Portuguese TV news journalist Catarina Neves, chaired by Mark Brown, theatre critic of the Sunday Herald and the Daily Telegraph.